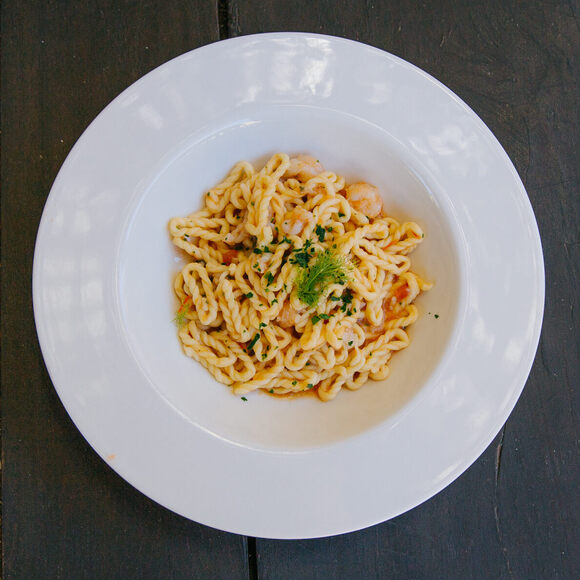 Making a pound of this pretty pasta can take an entire day.

Sardinian Lorighittas are large, braided loops of semolina-based dough, often served with tomato sauces, pesto, or seafood. The pasta originates from Morgongiori, a small mountain town with a population of just 800 residents, surrounded by jagged cliffs on the Italian island.

Lorighittas noodles must be handmade—they can’t be replicated by a machine, as most dried pasta shapes can. Lorighittas pasta-makers, often women, train for years to master the distinctive shape. They roll semolina dough into thin ropes, then loop them twice around their index and middle fingers. The resulting two strands are then gently rolled into a twist and delicately pinched off to form a ring. It can take up to an entire day to make just a pound of lorighittas. Those who can master the shape are especially celebrated at the Sagra delle Lorighittas festival in Morgongiori each year at the beginning of August.

Lore surrounding the pasta suggests the shape is meant to resemble a woman’s earring, and was originally made only by unwed women in Morgongiori. The word lorighittas itself, however, references loriga, a Sardinian word for an iron ring affixed to the outside of a house for tying up horses.

While the name remains a bit mysterious, the pasta itself is wonderfully dense and textured, complementing Sardinian ingredients such tomatoes and seafood. It can be found hiding on menus throughout Sardinia. 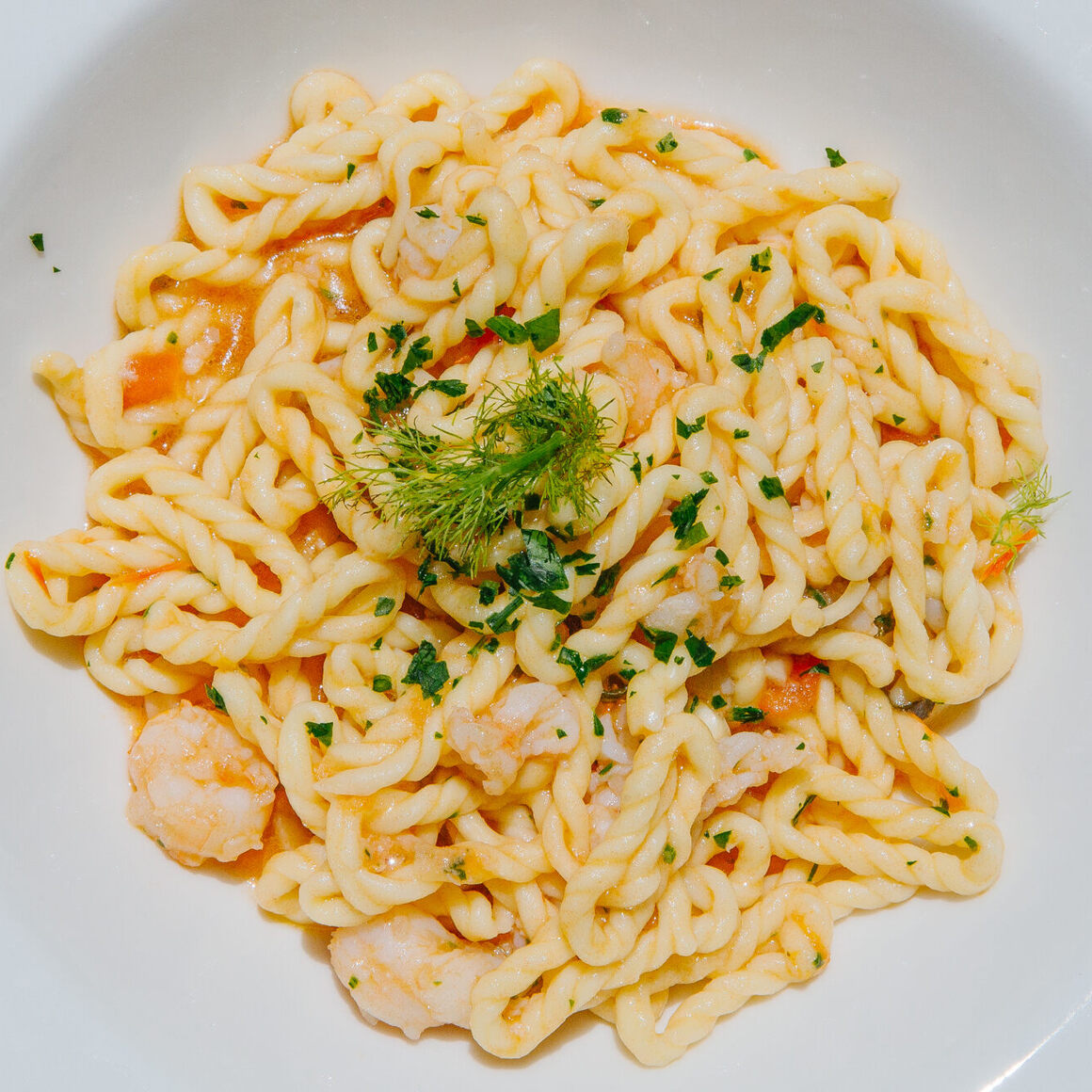